To share your memory on the wall of Barbara Dunn, sign in using one of the following options:

She was a 1962 graduate from South High School in Denver, Colorado. At a later date she added a Dale Carnegie class. Barbara went to work for Kemper Insurance, she stayed until she moved to Kansas to establish a new home with Don on his farm.

On November 28, 1970, Barbara and Don were united in Holy matrimony at the Bible Chapel in Littleton, Colorado. This year they would have celebrated their 50th wedding anniversary. They welcomed David on November 13, 1971, followed by the adoption of Jared on November 15, 1977.

Barbara loved cooking, canning, sewing, knitting, and shared her many talents with family and others.
She loved the Lord and shared her singing talents at the Richfield United Methodist Church every Sunday when she was able. The music here today will reflect some of the melodies she loved.

Barbara’s mother and father divorced and both remarried. Father Irvin, to Dorothy and mother Laverna, to Robert Hobbs.

Survivors include her husband Don, two sons, David and Jared; sister, Linda Milburn and husband John; brother, Gene Mumy and wife Melissa; and many other relatives and friends.

A memorial has been established for Richfield United Methodist Church, Rolla Hope, and Hands for Hope. Memorials may be mailed to Robson Funeral Home, P.O. Box 236, Hugoton, KS 67951.

To send flowers to the family or plant a tree in memory of Barbara Ann Dunn (Mumy), please visit our Heartfelt Sympathies Store.

Receive notifications about information and event scheduling for Barbara

We encourage you to share your most beloved memories of Barbara here, so that the family and other loved ones can always see it. You can upload cherished photographs, or share your favorite stories, and can even comment on those shared by others.

Duane and Cindi Dunn sent flowers to the family of Barbara Ann Dunn (Mumy).
Show you care by sending flowers 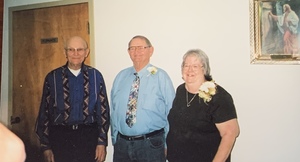 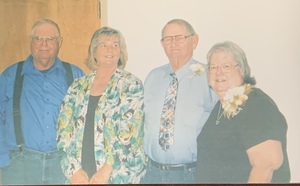 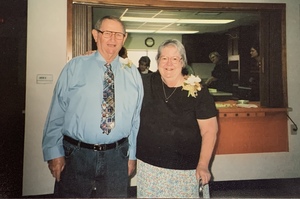