To share your memory on the wall of Bettie Baldwin, sign in using one of the following options:

Bettie Sue Baldwin (Stewart) went home to be with her Savior and her husband on August 10, 2020. She was born to Chet and Itis Stewart in Clayton, New Mexico on August 3, 1937. The family later moved to Guymon, Oklah... Read More
Bettie Sue Baldwin

Bettie Sue Baldwin (Stewart) went home to be with her Savior and her husband on August 10, 2020. She was born to Chet and Itis Stewart in Clayton, New Mexico on August 3, 1937. The family later moved to Guymon, Oklahoma.

After graduating from Guymon High School, she married her high school sweetheart James Baldwin. Shortly thereafter the two of them graduated from Panhandle State University with degrees in teaching. Later they gained their master’s degrees from Central Oklahoma State.

Bettie Sue and Jim loved traveling and adventured around the country in their fifth-wheel trailer long into their retirement. Spending summer months in the mountains of Colorado with their grandkids.

Bettie Sue Baldwin was a teacher in and out of the classroom. Though her formal education was in teaching home economics, she became one of the longest serving art teachers at Elkhart High School. For 31 years she taught kids to draw, paint and sculpt. Hillcrest Southern Baptist Church in Elkhart was also honored to have her as a Sunday School teacher as well. Some of those students still call her Mrs. Baldwin.

Whether it was cooking, painting, singing a nonsense song while hiking in the mountains with her grandkids, or just wearing something bright hot pink Bettie Sue Baldwin, Grammie, brought color to the world wherever she went.


A memorial service will be held on Thursday, September 3rd, 2020, 3 P.M. at the Elkhart Park by the swimming pool.

In lieu of flowers, her family requests that contributions be made to The Bettie Sue Baldwin Art Memorial Fund at Elkhart High School. Memorials may be mailed to Robson Funeral Home, P.O. Box 606, Elkhart, KS 67950.

To send flowers to the family or plant a tree in memory of Bettie Sue Baldwin (Stewart), please visit our Heartfelt Sympathies Store.

Receive notifications about information and event scheduling for Bettie

There are no events scheduled. You can still show your support by sending flowers directly to the family, or planting a memorial tree in memory of Bettie Sue Baldwin (Stewart).
Visit the Heartfelt Sympathies Store

We encourage you to share your most beloved memories of Bettie here, so that the family and other loved ones can always see it. You can upload cherished photographs, or share your favorite stories, and can even comment on those shared by others. 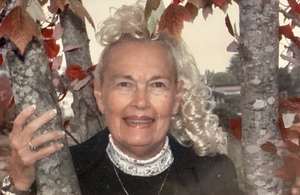