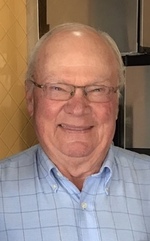 David and Phyllis were married on December 5, 1969, in Comanche, OK. To this union were two daughters; Rachel and Rebecca and one son; Jason.

David was a very hard working man. He was a family man who loved his children and grandchildren. He enjoyed taking his family to Ft. Supply Lake.

David was preceded in death by his parents, Ishmeal and Mabel Arrington.