To share your memory on the wall of Gerald Keimig, sign in using one of the following options:

Gerald was born to George W. and Katie (Cornelius) Keimig on November 10, 1930 on the farm ... Read More
Dateline- Guymon, OK

Gerald was born to George W. and Katie (Cornelius) Keimig on November 10, 1930 on the farm home place, SE of Isabel, Kansas. He was the youngest of seven children; Elmer, Edmund, Clara, Dale, Kenneth, and Esther.

He attended the Eldred one room rural schoolhouse in his elementary years and later Isabel high school, graduating with the class of 1948. His family lived through the depression.

In the late 1940’s & early 1950’s, Gerald worked in Medicine Lodge (4 years) and Pratt (6years) in paint and body work and also served in the National Guard and Reserves 1954-1958. Gerald married Vlasta M. Wirick November 6, 1955 at the rural Fairview Christian Church. To this family two children were born, Derryla and James. The family lived in Medicine Lodge and then moved to Kiowa.

Gerald and Vlasta began his harvesting business in 1956, harvesting wheat and a variety of grain from Texas to Canada and then later moved his family to Guymon, Oklahoma. He loved working in the wheat fields and in the elements of God’s Creation, meeting people and traveling the country. Numerous nephews worked for him in those harvesting years. One of those sunny harvest days in August 1973, forever changed his life with a harvesting accident. Though he became a paraplegic that day, and endured years of suffering pain, family never heard him blame, curse or deny God for his circumstances of life. He always welcomed prayer and agreed with an “Amen”. He walked though Dr’s told him he wouldn’t and was able to harvest a few more years, even to California. One last “harvest ‘ life highlight was when arrangements were made with nephew Mike and his hired help basically lifted Gerald up the ladder to the cab and he was able to experience 21st century, new and modern technology in combines. He was in awe! And talked about it for weeks.

Gerald also “loved” and “lived” to go to his son, James’ Paint & Body shop; to help out where he was able and teach and share what his own paint and body experiences had given him. Many father-son life experiences were shaped together through the years.

In 2016 Gerald moved to Hugoton, Kansas Pioneer Manor which greatly improved the quality of his life…from solitary living to a different “family community”. God’s Faithfulness shines brightly through this last chapter of Gerald’s life.

In addition to being survived by his children and grandchildren Gerald is survived by numerous nieces and nephews.

Graveside service will be held on Monday, April 20, 2020 at Manchester Cemetery, Manchester, Oklahoma.

To send flowers to the family or plant a tree in memory of Gerald Leon Keimig, please visit our Heartfelt Sympathies Store.

Receive notifications about information and event scheduling for Gerald

We encourage you to share your most beloved memories of Gerald here, so that the family and other loved ones can always see it. You can upload cherished photographs, or share your favorite stories, and can even comment on those shared by others.

Posted Apr 19, 2020 at 11:25pm
Derryla, Steve, and family,
Thank you for sharing your dad’s obituary. We were saddened for you to hear that he had passed away. Please know that our love and prayers are with you as you say your goodbyes tomorrow and settle his affairs. The LORD be with you all and give you strength.
Very sincerely,
Wayne and Kathy Fagala
Comment Share
Share via: 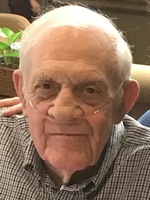 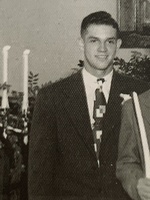 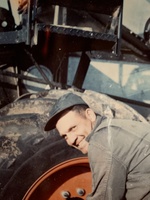