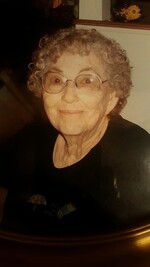 Iva Jean was the only child of Walter and Lila (Kingsinger) Palmer, She was born March 8, 1925, in Cherokee, OK. She attended school in Richfield, KS. and Buford, AR.