To share your memory on the wall of Louise LaRue, sign in using one of the following options:

She was the 2nd out of 7 children. Louise was an ornery little girl who loved to get into mischief with her brothers. She attended North Flat School through 8th grade & went on to graduate from Elkhart High School with the class of 1939.

At the age of 12 Louise started working outside of the home helping new mothers with child care, cooking, washing & ironing.

Over the years Grandma has cooked for the Sale Barn, Lions Club & Chamber of Commerce meetings, worked as cashier at Ideal & IGA grocery stores, as well as baking & cake decorating out of her home. A local couple recently celebrated their 50th wedding anniversary & she made their wedding cake. Grandma would be up at the crack of dawn & bake as many as 20 pies & have them delivered to the local restaurants before they opened and a time or two would have to put the cows back in as well. In 1963 she went to work for USD 218 as Food Service Director. She was employed by the school for over 25 years, retiring once only to be talked into coming back for a few more years. I would think that it is safe to say that most people in the area has at one time or another eaten something that has been either cooked or baked by Grandma.

Grandma always said don’t expect someone to do something that you aren’t willing to do yourself & those are words she lived by. There are very few things that she couldn’t do or fix, from wallpapering to electrical work & plumbing.

Grandma and Grandpa loved to travel & go camping. They were members of Point Rock Campers Club for many years. Grandma has been in every state except for two, Alaska & Florida. She loved to read in her spare time and was a member of First Church of God, BPW, Red Hat Society, VFW Auxiliary, Morton County Historical Society and was honored as the 2017 Pioneer Woman of the year.

It is really amazing when you stop & think of the changes Grandma has seen in her 97 young years, horse drawn buggies to cars that drive themselves, oil lamps to electricity, indoor plumbing, party lines to cell phones & the Internet which she was pretty proficient in email & Facebook. She was always willing to try something new.

A memorial has been established for First Church of God-Wednesday Night Kids or Morton County Historical Society Museum. Memorials may be mailed to Robson Funeral Home, P.O. Box 236, Hugoton, KS 67951.

Funeral service will be held on Monday, April 1, 2019 at 10:00 AM at First Church of God, Elkhart, KS with Pastor Denny Huebner presiding and burial following at Elkhart Cemetery, Elkhart, KS

To send flowers to the family or plant a tree in memory of Louise LaRue (Griffith), please visit our Heartfelt Sympathies Store.

Receive notifications about information and event scheduling for Louise

We encourage you to share your most beloved memories of Louise here, so that the family and other loved ones can always see it. You can upload cherished photographs, or share your favorite stories, and can even comment on those shared by others. 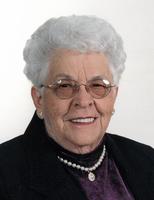 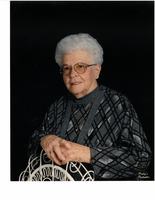