To share your memory on the wall of Robert Prine, sign in using one of the following options:

He was born to Robert Lee Madden and Jeanne Harrington on November 13, 1958 in Medford, Oregon. Robert was adopted by Louis Lee and Ruth Anna (Mann) Prine.

Robert was raised in Hugoton and then later moved to Liberal. Robert loved his time at Mosaic in Liberal, it was his home and his family. He enjoyed fishing and electronics. Robert was always willing to help the maintenance man at his work. He loved to walk around town; enjoyed seeing people and visiting car shows.
He was avid fan of Kansas City Chiefs and Kanas City Royals.

In lieu of flowers memorial has been established for Mosaic in Liberal. Memorials may be mailed to Robson Funeral Home, P.O. Box 236, Hugoton, Kansas 67951.

To send flowers to the family or plant a tree in memory of Robert Lee Prine, please visit our Heartfelt Sympathies Store.

Receive notifications about information and event scheduling for Robert

We encourage you to share your most beloved memories of Robert here, so that the family and other loved ones can always see it. You can upload cherished photographs, or share your favorite stories, and can even comment on those shared by others. 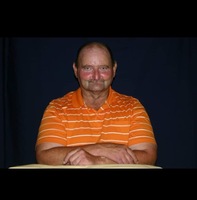