To share your memory on the wall of Terry Campbell, sign in using one of the following options:

Terry and Carol Jane Sutton were married on June 14, 1959 at First Christian Church, Hugoton, KS. Carol preceded him in death on September 28, 2014. To this union were two children Cheryl and Gentry.

He grew up in the Lone Star Friends Church and later attended the First Christian Church, Hugoton.

Terry was a farmer and a rancher for many years. He enjoyed taking his children to their rodeos and camping with them. He loved to travel with his family and friends. Later, his special friend Donita they enjoyed going to lunch and church together.

He was preceded in death by his parents, a brother, Eugene Campbell, a sister, Yvonne Carlise.

The memorial has been established for Pheasant Heaven Charities, Hugoton. Memorials may be mailed to Robson Funeral Home-P.O. Box 236-Hugoton, KS. 67951.

Friends may call Sunday 2 PM to 8 PM and Monday 10 AM to 8 PM at the Robson Funeral Home, Hugoton.

To send flowers to the family or plant a tree in memory of Terry Neil Campbell, please visit our Heartfelt Sympathies Store.

Receive notifications about information and event scheduling for Terry

We encourage you to share your most beloved memories of Terry here, so that the family and other loved ones can always see it. You can upload cherished photographs, or share your favorite stories, and can even comment on those shared by others.

Vic and Brenda Mazanec and Barbara, Roxanne, Kim and families sent flowers to the family of Terry Neil Campbell.
Show you care by sending flowers

Posted Jan 27, 2019 at 10:31am
Cheryl and Family, Our thoughts and prayers are with you. With sincere sympathy. 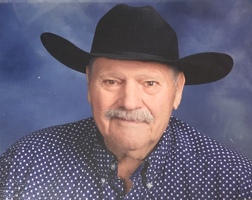