To share your memory on the wall of Warren Spikes, sign in using one of the following options:

Warren was a World War II Veteran and was proud to have been of service to his country. He earned his Bachelor of Science in Petroleum Engineering from KU and received his diploma at 90 years young. Being an entrepreneur, Warren’s first passion was farming. An avid pilot, he flew extensively across the region for work and pleasure. Warren loved to play golf and was a long-time member of Forewinds Golf Course. Above all, he enjoyed spending time with his family and friends, especially when he could share his passion for and knowledge of Jayhawk basketball.

Warren was preceded in death by his parents, wife, siblings, and nephew.

A memorial has been established at the Hugoton Animal Shelter. Memorials may be mailed to Robson Funeral Home, P.O. Box 236, Hugoton, KS 67951.

To send flowers to the family or plant a tree in memory of Warren W. Spikes, please visit our Heartfelt Sympathies Store.

Receive notifications about information and event scheduling for Warren

We encourage you to share your most beloved memories of Warren here, so that the family and other loved ones can always see it. You can upload cherished photographs, or share your favorite stories, and can even comment on those shared by others. 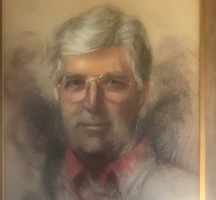