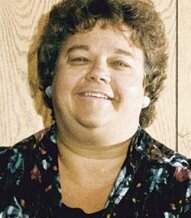 On Thursday, May 2nd, Alice “Ruth” Brittle passed away peacefully in her own home.

Ruth was born in Dodge City, Kansas on May 5th, 1942. She was the first born child of Harry and Lorraine Leonard, and has 6 younger siblings; Cliff (deceased), Lt. Col. Gary, Jerry (deceased), Deryl, Sharon Malcomn and Dennis.

Ruth’s early childhood was spent in Copeland, Kansas where her grandfather owned a lumber yard. Her mother raised the children and did various jobs supporting the family one of which was doing laundry for passing construction crews. It was a young man on one of these crews, Ira “P-Nuts” Russell Brittle, who Ruth fell in love with. This August, they would have celebrated their 60th anniversary.

In 1959, P-Nuts got a job in Oregon to work at the Aluminum Plant in The Dalles. Ruth followed by train after their first child Tammie (deceased) was born. They gave birth to Lance in 1961. They started out living in Rowena and later moved to The Dalles where Tony was born in 1973.

Ruth was involved in the community, and was a member of the Chenowith School Board from 1971 until Tony’s graduation in 1991, ending her time on the board serving as school board chairman. She was an active volunteer at the Discovery Center. Throughout the years, she was a member of the Homesmaker’s Extension Club and served for three years on the Wasco County Advisory Board. In 1989, she was voted Education Citizen of the year, a testament to Ruth’s passion for the educational system. She also was a Oregon State University Master Canner and served as a canning judge at the county fair. In her younger years, she enjoyed camping on the beach with her family and were members of a Jeep Club called Columbia Gorge Climbers, where she raced jeeps.

A graveside service will be held Thursday May 23 at 11:00am @ the Hugoton Cemetery, followed by a time of fellowship and food at Hugoton United Methodist Church

In lieu of flowers and in memory of Ruth’s daughter Tammie, please make donations to:
Albertina Kerr
424 NE 22nd Ave
Portland, OR 97232
Or at : albertinakerr.org
To order memorial trees or send flowers to the family in memory of Alice Ruth Brittle (Leonard), please visit our flower store.