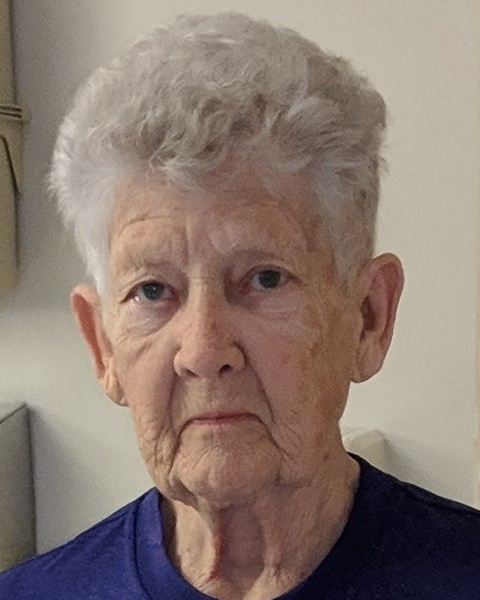 Anna Marie Jacob, 87, of Deerfield, Kansas passed away Friday, August 12, 2022 at Kearny County Hospital with her family by her side.  Anna was born February 13, 1935 to the late Melvin and Marie Moss in Brazil, Indiana.  She graduated from Menlo High School in 1952.  While living in Hoxie, KS she met Dale Jacob; after dating for several years, Dale chased her back to Indiana and they were married on December 20, 1953.  They settled in to life in Deerfield, Kansas; Anna worked for the Deerfield School District for many years before retiring as the Head Cook in 1992.  Anna also served as Mayor for the community of Deerfield from June 1985 to May 1993.  In her retirement Anna enjoyed spending winters in Yuma, AZ with her husband Dale and accompanying him on his many gold prospecting adventures.  She was always busy crocheting, knitting or quilting a blanket or keepsake for family and friends.  Anna was a loving caregiver, wife, mother and grandmother who’s cooking was always enjoyed at family gatherings and celebrations.  Anna is survived by her loving husband of almost 70 years, Dale; daughters, Rochelle “Shelly” Mann and Larry Adams, Deerfield, KS; Melaney Sauvain, Holcomb, KS; her sons, Loyal Duane Jacob and wife Karen, Helena, AL; Dale Lee Jacob, Enders, NE; six grandchildren, Jared Mann and wife Beth; Cheyenne Perales and husband Randy; Stuart Mann and wife Becca; Kassie Gray and husband Trent; Keyanna Kinnier and husband Cody; Kimberly Harris; and 9 great grandchildren.  Anna is preceded in death by her parents, a brother Tommy Moss and sister, Kay Moss.  A celebration of Anna’s life will be held at a later date.  The family suggests memorial contributions be made to Anna’s memorial bench fund to be placed in the Deerfield City Park; contributions may be mailed to the Robson Funeral Home, 620 N. Main Street, Garden City, KS 67846. (Arrangements: Robson Funeral Home, Garden City, KS 620-276-2364)

To order memorial trees or send flowers to the family in memory of Anna Marie Jacob, please visit our flower store.