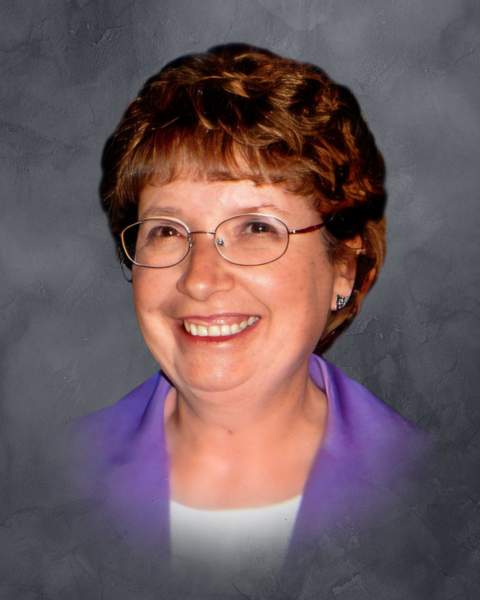 Barbara Eileen (Hahn) Ohmes passed away at the age of 71 on September 7, 2022. Barbara was born on October 16, 1950 in Garden City, Kansas, the daughter of Francis and Juanita Hahn. The oldest of ten children, she grew up as a natural caregiver helping her mother. At the age of 14, she left home to enter the Immaculate Conception Convent of the Sisters of Saint Dominic of Great Bend, Kansas to decern her religious calling. She received her white religious habit in 1968 and was named Sister Barbara Marie. Prior to accepting full vows, she returned home to attend Garden City Community Junior College and graduated with her Associates Degree in 1971. She was also an active member of Garden City’s Daughters of Isabella and Garden Centennial Gals EHU.

Barbara enjoyed volunteering through her church, and in 1975, she was matched up with Francis Ohmes to help with a special needs class. On May 15, 1976, they were married. Their union was blessed with three children and five grandchildren: son Martin Ohmes and wife Emily with children Elizabeth and Seth of Knoxville, TN, daughter Dana Downs and husband Jesse with daughter Jessie Rose of Austin, TX, and daughter Karen Lechtenberg and husband Travis with children Ryan and Lincoln of Broomfield, CO.

The Ohmes family moved to Hutchinson, KS in 1984. Barbara was a licensed daycare provider to be present for her children as they grew. Later, after her children grew, you could see her leaving the house at 5:30am to start a batch of snickerdoodles or homemade noodles at Helmuth Country Bakery in Yoder, KS or behind the counter with a smile at the Kansas Cosmosphere and Space Center in Hutchinson.

Barbara was loved tremendously by her family and friends. She always found joy in the little things like a ripe red strawberry, fall leaves, or a cardinal outside the window. Her pies, cakes, and gift wrapping were works of art. And she made sure every member of the extended family received a card for their birthday.

To order memorial trees or send flowers to the family in memory of Barbara Eileen Ohmes, please visit our flower store.

Rosary will be prayed at 7 p.m.