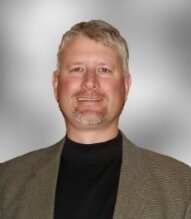 He graduated from Hugoton High School in 1986 and from Kansas State University with a degree in Milling Science. After graduation he went to work for Cargill and was facility manager at flour mills in San Bernardino and Stockton, California; Ogden, Utah; Wichita and Newton, Kansas. He changed career paths and moved to Dalhart, Texas to be a plant manager for Cargill Sweet Bran feeds and while there he became Chairman of the Board at the Dalhart Chamber of Commerce in 2009. In March 2008 he started his own brokerage business in Dalhart and eventually decided to move back to Hugoton to continue his brokerage business, be closer to his family, his farm, and his cattle operations. He loved the outdoors and to go hunting and fishing with his loyal hunting dogs, Sadie and Gunner.

Survivors include parents Kim and Carolyn Harper; brother, Craig Gaskill and partner Greg Tobey, grandfather C.W. Harper along with a host of other relatives and friends.

A memorial has been established for Pheasant Heaven Charities. Memorials may be mailed to Robson Funeral Home, P.O. Box 236, Hugoton, Kansas 67951.
To order memorial trees or send flowers to the family in memory of Brian Lynn Gaskill, please visit our flower store.