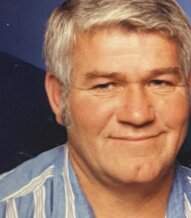 Butch and Sallie Earlene Littlefield were married June 11, 1970, in Arizona. They enjoyed spending time together in Colorado with their children. They went river rafting, zoos and museums. Also stepped in as father of two young sisters when Sallie father passed away at very young age.

Butch was preceded in death by his parents, five sisters, Roseann, Charlene, Sheila, Janice and Jo.

A memorial has been established for the Assembly of God Church. Memorials may be mailed to Robson Funeral Home, P.O. Box 236, Hugoton, KS 67951.

Funeral Service will be held on Saturday, October 10, 2020, 10 AM at Assembly of God Church, Hugoton. Burial will follow at Hugoton Cemetery, Hugoton.


To order memorial trees or send flowers to the family in memory of Charles Melvin Creamer Jr., please visit our flower store.

The family has requested for a closed casket.