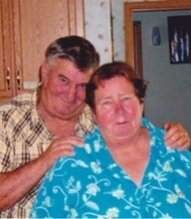 Colleen Kay Campbell, 72, passed away on Thursday, May 23, 2019 at her residence.
Colleen was born to Alton and Mary (Hampton) Bonsall on April 18, 1947 in Liberal, KS.
She and Bobby (Bob) Campbell were married October 2, 1965 in Clayton, NM. He preceded her in death on January 18, 2012.
Colleen graduated from Liberal High School. She lived many years in Stevens County raising their family. She worked at Pioneer Manor and Seaboard Farms for many years. She retired and enjoyed spending time with her family and friends.
Colleen survivors include son, Rex Campbell & wife Angela, Liberal, KS.; two daughters, Kayla Morris & husband Greg, Gresham, Oregon, Dusty Campbell, Liberal, KS.; a brother, Butch Bonsall, Optima, OK.; a sister, Pat Rogers, Pryor, OK.; 6 grandchildren, 1 great grandchild and other relatives and friends.
She was preceded in death by her parents, two sons, Lance Campbell and Kelly Campbell.
A memorial has been established for The Family. Memorials may be mailed to Robson Funeral Home, P.O. Box 236, Hugoton, KS 67951.
Graveside service will be Wednesday, May 29, 2019 at 2 PM at Hugoton Cemetery, Hugoton, KS.
Friends may call Tuesday, May 28, 2019 from 10 AM to 8 PM and Wednesday, May 29, 2019 from 9 AM to 12 PM at Robson Funeral Home.
Robson Funeral Home, Hugoton is in charge of arrangements.
To order memorial trees or send flowers to the family in memory of Colleen Kay Campbell (Bonsall), please visit our flower store.