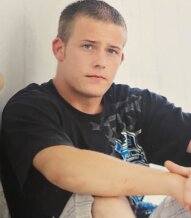 Dalton was born on March 15, 1992, in Liberal, Kansas. He was son of Doneva Talbert Beeman.

Dalton was working for American Implement. Dalton enjoyed being around his family and friends. He loved his dog, Titan and enjoyed playing video games.

He was preceded by his brother Shawn McLemore.

A memorial has been established for Dust Bowl Riders. In the care of Robson Funeral Home, P.O. Box 236, Hugoton, Kansas 67951.

Robson Funeral Home, Hugoton is in charge of arrangements.
To order memorial trees or send flowers to the family in memory of Dalton Zane Beeman, please visit our flower store.