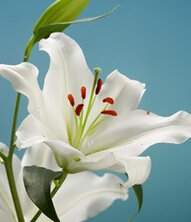 Daniel Ray Gerrond, 59, died on Monday, October 17, 2016 at St. Francis Via Christi Hospital, Wichita, KS.
He was the son of James Russell & Ima Jean (Riggs) Gerrond, he was born on February 5, 1957, Hugoton, KS.
He and Beverly (Norton) Gerrond were married for 37 years.
He was an EMT and Fire Fighter for Stevens County. He was an active member of the Relay for Life, Music Boosters, Sports Boosters and Pheasant Heaven Charities. He was a past board member of Farm Bureau. His hobbies included farming, music, movies, motorcycle and four-wheeler riding.
He loved & enjoyed being with his children and grandchildren.
Survivors include a son, Adam Gerrond & wife Erin, Stratford, TX.; a daughter, Aubrey Graeve & husband Kevin, Shawnee, KS.; two brothers, James Clayton Gerrond & wife Theresa, Hugoton, KS., Terry Lee Gerrond, Overland Park, KS.; a sister, Lisa Jean Nelson & husband Steve, Hugoton, KS.; six grandchildren, Cody, Jacob, Andrew, Bailey, Katherine & David and a host of other relatives and friends.
He was preceded in death by his parents.
A memorial has been established for Pheasant Heaven Charities. Memorials may be mailed to Paul’s-Robson Funeral Home- PO Box 236- Hugoton, KS 67951
Funeral services will be held on Saturday, October 22, 2016 at 10AM at First Christian Church, Hugoton and burial at Hugoton Cemetery, Hugoton with Pastor Heath Kelley and Pastor Steve Ulrey.
Friends may call Friday 10AM to 8PM at the funeral home and family will receive friends from 6PM to 8PM at the funeral home.

To order memorial trees or send flowers to the family in memory of Daniel Gerrond, please visit our flower store.