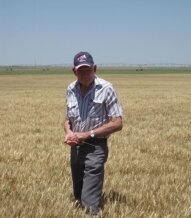 Viewing will be Thursday, July 9, 2020 from 10 AM to 8 PM at Robson Funeral Home, Satanta.
To order memorial trees or send flowers to the family in memory of Darrel Chandler Schmidt, please visit our flower store.