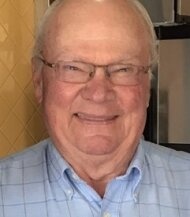 David and Phyllis were married on December 5, 1969, in Comanche, OK. To this union were two daughters; Rachel and Rebecca and one son; Jason.

David was a very hard working man. He was a family man who loved his children and grandchildren. He enjoyed taking his family to Ft. Supply Lake.

David was preceded in death by his parents, Ishmeal and Mabel Arrington.

To order memorial trees or send flowers to the family in memory of David Cleo Arrington, please visit our flower store.