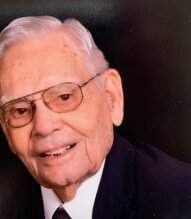 Delbert Abe Davison, age 91, died on December 18, 2019 at Grove Nursing Center in Grove, OK. He was born on August 1, 1928, to Jesse Albert and Gertrude Mae (Randall) Davison in rural Morton County Kansas. Delbert graduated from Rolla High School in 1946. He married Anna Lee Duckworth on March 13, 1949. She preceded him in death in April, 2005. Delbert later married Betty Mundhenke on March 2, 2013.

To order memorial trees or send flowers to the family in memory of Delbert Abe Davison, please visit our flower store.