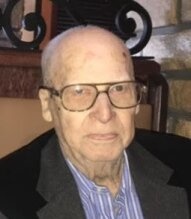 He was born to Alvin and Calvin (Watkins) Swinney on October 7 1935, McKnight, TX.

He was a loved man from everyone from his wife, kids, and grandchildren. His hobbies included; hunting, fishing, farming, and golfing. Donald farmed and ranched for most of his life and enjoyed his trade. He was a past School Board Member of the USD#217 at Rolla and Morton County Fair Board. Donald was in the Army for two years. He was a Boy Scout Leader for many years. Donald was Kansas County Highway Supervisor of the Year in 1999. He worked for Morton County Road Department for 21 years.

A memorial has been established for the First Church of God, Hugoton. Memorials may be mailed to Robson Funeral Home, P.O. Box 236, Hugoton, KS 67951.

Robson Funeral Home, Hugoton is in charge of arrangements.
To order memorial trees or send flowers to the family in memory of Donald Ray Swinney, please visit our flower store.