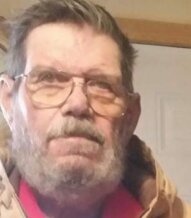 He was born to Glenlyn Leroy and Clecla Bell (Makadanz) Tillotson on September 7, 1948, Spring Hill, KS.

Donnie was very well liked everywhere he went, he was known for being funny and always having a comeback.
He was a great welder and enjoyed most of all being a cowboy. His most beloved thing he owned was his dog.

Donald was preceded in death by his parents.

In lieu of flowers the family has requested that you donate to Donald Tillotson Memorial Fund to help with expenses. Memorials may be mailed to Robson Funeral Home, P.O. Box 236, Hugoton, KS 67951.

Cremation has taken place and there will be a Celebration of Life held at a later date.

Robson Funeral Home, Hugoton is in charge of arrangements.
To order memorial trees or send flowers to the family in memory of Donald Eugene "Tilly" Tillotson, please visit our flower store.