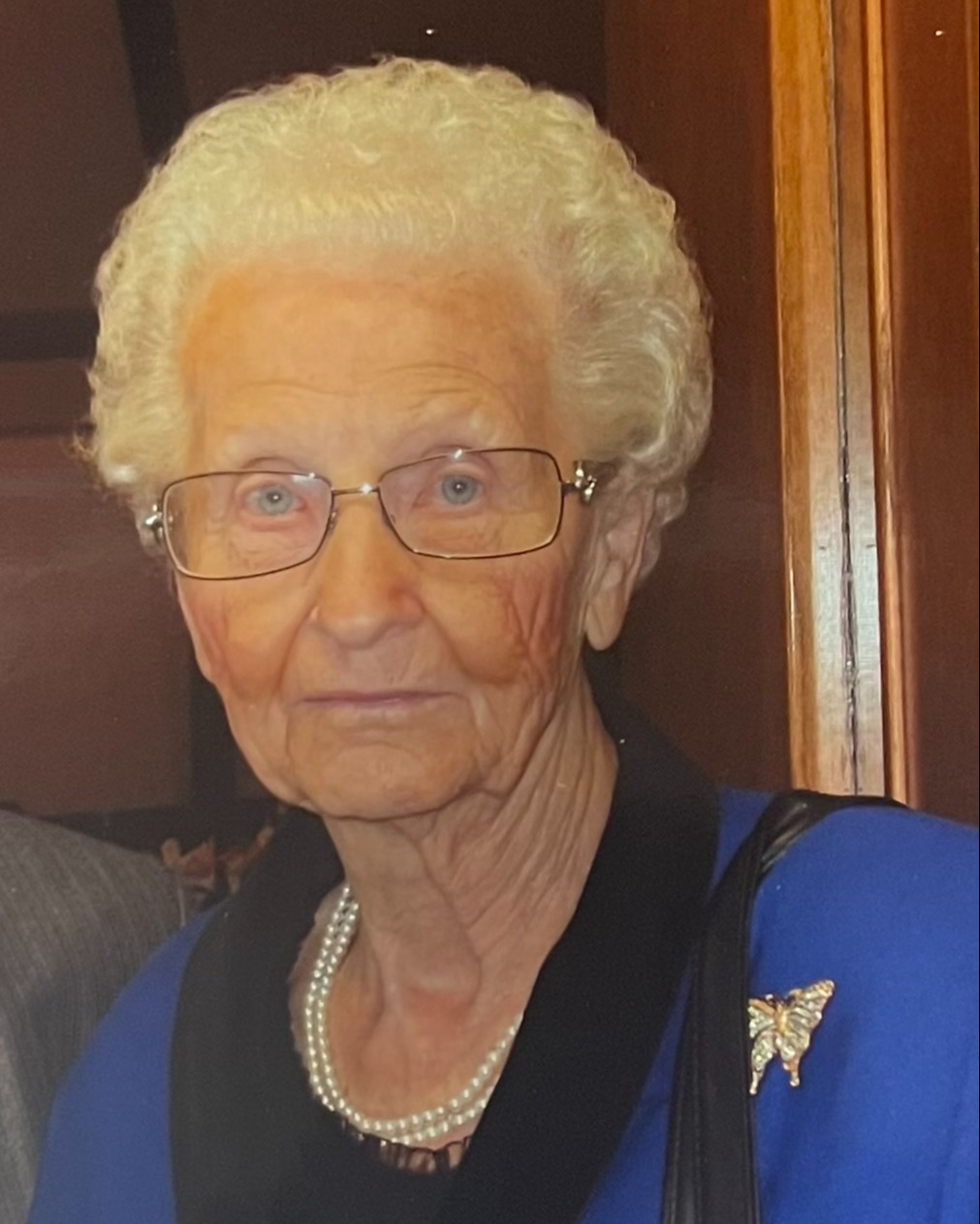 The daughter of Marvin and Violet (Beasley) Miller, she was born March 6, 1921, in Stevens County, Kansas. She was a lifetime resident of Stevens County.

Edna and Leslie Otis Kinser were married on April 12, 1942, in Hugoton, Kansas.  They were married for 68 years.  To this union were two daughters, Connie and Patsy.

Edna was a member of the Bethel Friends Church of Hugoton.

She was a very good seamstress and she enjoyed word search puzzles.

Edna was preceded in death by her parents, Marvin and Violet Miller; husband, Leslie Kinser; and sister, Nellie Toole.

A memorial has been established for Gideons, in the care of Robson Funeral Home, P.O. Box 236, Hugoton, Kansas 67951.

To order memorial trees or send flowers to the family in memory of Edna June Kinser, please visit our flower store.

The family will recieve family and friends from 6 P.M. to 8 P.M. at Robson Funeral Home, Hugoton.