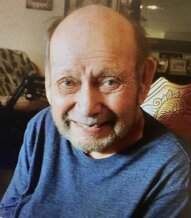 He was born to Bernhard and Lena (Wedel) on October 11, 1929, in Newton, Kansas. Elmer was four when they moved to rural Grant County, Kansas.

Elmer and Shirley Ann Friesen were married on April 12, 1957. She preceded him in death on April 27, 2018. To this union there were four children Kristy, Loren, Kevin, and Kerry. Elmer was a devoted husband, father, grandfather, and great grandfather.

Elmer was farmer all his life. He accepted Jesus as his Savior when he was 12 years of age and was baptized joined the Mennonite Brethren Church on June 25, 1944.

Elmer was preceded in death by his parents, brothers, Albert, Dan, Harry and Carl and, sister, Verna Harms and grandsons, Brandon Chambers and Michael T. Finlay.

Private family graveside services will be held on Saturday, October 24, 2020 at Golden Cemetery, Ulysses, KS at 11:30 AM with Pastor James Barry.

Robson Funeral Home, Ulysses is in charge of arrangements.
To order memorial trees or send flowers to the family in memory of Elmer W Schmidt, please visit our flower store.

Family private service will be at 11:30 am at Golden Cemetery, Ulysses, KS