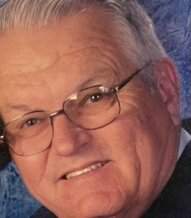 He married Marilyn LewElla Hall Harris on December 15, 2001, in Moscow, Kansas. She preceded him in death on February 17, 2020. Marilyn and Harry enjoyed 18 great years together. They took trips all over such as Canada, an Alaskan Cruise, Bahamas, and Belize. Along with their trips they enjoyed going to eat with their friends at various restaurants around Hugoton. He and Marilyn were very active in the Flying Farmers Convention.

Harry was a past Hugoton City Airport Manager. He was the President of International Flying Farmers and Kansas Flying Farmers. He was a part of the Incident Management Team of Kansas. He was also a part of Hamm Radio Club and the American Radio Relay League. Harry was a member of the Hugoton Masons Lodge #406.

Harry was a gentle and loving man to all those he encountered. He was full of life and enjoyed people and helping others. He enjoyed family dinners and spending time with them. He was an active man of many things and enjoyed life. But we know he is in Heaven in the arms of Jesus and with his loving Marilyn again.
Harry was a faithful member of the My Father’s House Church in Hugoton.

He was preceded in death by his parents, Martin and Helen; his wife, Marilyn; and his siblings, Donald G. Bartel and Wilma K. Bartel.

A memorial has been established for the My Fathers House Church or Pheasant Heaven Charities, in the care of Robson Funeral Home, P.O. Box 236, Hugoton, Kansas 67951.

Family will receive friends from 5 PM to 7 PM.