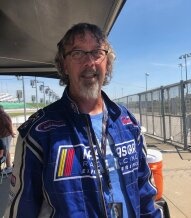 Robson Funeral Home, Hugoton is in charge of arrangements.
To order memorial trees or send flowers to the family in memory of Harry Laurence Ferguson, please visit our flower store.

Family will receive friends and family from 6 pm to 8 pm at Robson Funeral Home, Hugoton.