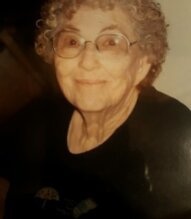 Iva Jean was the only child of Walter and Lila (Kingsinger) Palmer, She was born March 8, 1925, in Cherokee, OK. She attended school in Richfield, KS. and Buford, AR.

To order memorial trees or send flowers to the family in memory of Iva Jean Munson (Palmer), please visit our flower store.