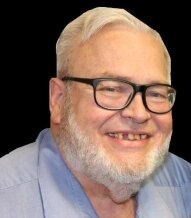 
James and Shirley Jean Lipscomb were married on July 29, 1978, in Ulysses, Kansas.


James attended the Rose Lane Church of God, in Ulysses. He worked for the United States Postal Service for many years and was also a substitute teacher. He really enjoyed being around the students.

Jim's hobbies were singing, collecting, storytelling, fixing up things and helping others. He was a member of Mensa.


James is preceded in death by his parents.


A memorial has been established for the Church of God Children of Sevierville, Tennessee. Memorials may be mailed to Robson Funeral Home, 218 S. Main Street, Ulysses, Kansas 67880.


Robson Funeral Home, Ulysses is in charge of arrangements.
To order memorial trees or send flowers to the family in memory of James Spooner, please visit our flower store.

Family will be present from 6 PM to 8 PM at the funeral home.