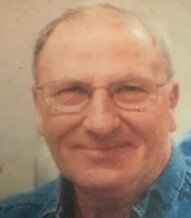 Jerald was the son of William and Margaret (Pitts) Clark, he was born on December 20, 1944 in Emporia, KS.

He and Permelia Hillman were married August 20, 1966. They were married happily for 52 years, 7 months, and 11 days. To this union were three children J. Daniel, Brandi Jo and Brena Sue.

Jerald was a lifetime resident of Stevens County, KS and later joined the United States Navy. Jerald owned his own lock shop called Jerald’s Lock Shop. He was a member of Moscow Baptist Church. Jerald’s hobbies were painting, gardening, traveling and antiques. They enjoyed traveling to the mountains as a family.

He was preceded in death by parents, 4 brothers, Bill, Jack, Elvas and Ronnie.

Funeral service will be held on Saturday, April 6, 2019 at 2 PM at Moscow Baptist Church and burial following at Hugoton Cemetery, Hugoton, KS.

Robson Funeral Home, Hugoton is in charge of arrangements.
To order memorial trees or send flowers to the family in memory of Jerald W. Clark, please visit our flower store.