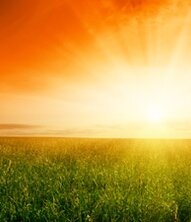 She was the daughter of Clarence William & Lily Elnora (Johnson) Higgins, she was born on May 23, 1927, Rural Morton County, Kansas.

She and George Henry Burrows Jr. were married on September 1, 1945, Hugoton, Kansas.
He preceded her in death on December 7, 2013.
She was a lifetime resident of Morton & Stevens County.
She was a member of the First Christian Church, Hugoton.

A memorial has been established for Pheasant Heaven Charities. Memorials may be mailed to Paul’s-Robson Funeral Home PO Box 236, Hugoton, KS. 67951.

Visitation will be held on Thursday 4PM to 8PM and Friday 10AM to 8PM at the funeral home.

To order memorial trees or send flowers to the family in memory of Jewell Burrows, please visit our flower store.