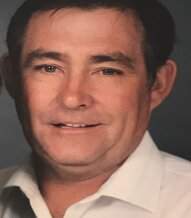 The son of Ernest W. and Alice I. (Schnaufer) Whisennand, he was born March 7, 1948 in Elkhart, Kansas. Both of his parents preceded him in death.

Joe and Ella Louise Keever were married August 14, 1970, Elkhart, Kansas. To this union were three children, DeeDee, Cathy, and Todd. His wife Ella preceded him in death.

He enjoyed being a farmer and he grew wheat, milo, and corn. He enjoyed watching western movies. Although, his greatest joy were his grandchildren, he loved watching them play sports throughout the years.

Joe was preceded in death by his sisters, Phyllis Whisennand and Maxine Robedeaux, brother, Jim Whisennand, and sister-in-law, Mary Whisennand.

A memorial has been established for Knights of Columbus, Elkhart. Memorials may be mailed to Robson Funeral Home, P.O. Box 606, Elkhart, Kansas, 67950.

Funeral Mass will be Monday, December 16, 2019, 10 AM, St. Joan of Arc Catholic Church, Elkhart. Burial to follow at Elkhart Cemetery.

Robson Funeral Home, Elkhart is in charge of arrangements.
To order memorial trees or send flowers to the family in memory of Joseph Winfred Whisennand, please visit our flower store.