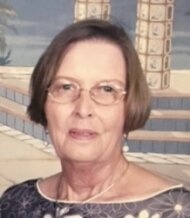 Kay was raised in Hugo, CO., and she graduated from Genoa-Hugo High School. She went to college and graduated from the Kansas City Art Institute with a Bachelor’s of Fine Arts.

Kay was preceded in death by her parents and her brother-in-law, David Thompson.

A memorial has been established for United Methodist Church. Memorials may be mailed to Robson Funeral Home, P.O. Box 236, Hugoton, KS 67951.

Funeral service will be Monday, July 22, 2019, 10 AM at United Methodist Church, Hugoton with Carol Swinney presiding, followed by burial at Hugoton Cemetery.
To order memorial trees or send flowers to the family in memory of Kay Anita Murray (Youngren), please visit our flower store.

Memorial has been established for the United Methodist Church. Memorials may be mailed to Robson Funeral Home, P.O. Box 236, Hugoton, KS 67951.