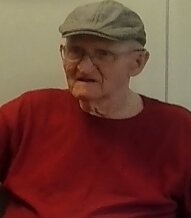 Hugoton, KS
Lawrence Alvin Wallace, 84, passed away Saturday, December 15, 2018 in Nashville TN.
Lawrence was born on June 14th, 1934, in Plains Kansas, to Lenord E. and Marie Laura Wallace.
On Feb. 14, 1953, he married Joyce Neuschwanger of Brush Colorado. He was a Hugoton resident since 1961. He loved to play cards and spend time with his family and grandchildren and he loved to tell jokes. He was a caring loving Father, who will be deeply missed.
He was preceded in death by his parents Lenord E. and Marie Laura Wallace; Brother Ari Author Wallace, Sisters Vera May Wallace, Eva Montgomery, Laura Wallace, Son Gary Wallace, Grandson Hunter Wallace.
Survivors include his Brothers: Jerry Wallace of Garden City Kansas, Jimmy Wallace of Granite City Illinois; Sisters: Lois Whaler of Garden City Kansas, Iris Harnagel of Casper Wyoming; Sons Rodney Wallace of Humboldt Kansas, Steve Wallace of Holland, Mich., and Roger Wallace of Madison, TN; Daughters Trudy Craig of Andover Kansas, Wanda Thomas of Durant, Okla., and Melody Simon of Goodlettsville, TN.; 15 grandchildren; and 18 great-grandchildren.
A memorial has been established for Senior Citizens Center, Meals on Wheels, Honors Flight network, and or Second Wind Dreams; this will be the donor’s choice. Memorials may be mailed to Robson Funeral Home-PO Box 236- Hugoton, KS 67951.
Funeral services will be held on December 28th at 2:00pm at the First Church of God, Hugoton KS., 67951. Burial will take place in the Hugoton Cemetery, Hugoton KS.
Visitation will be held at Robson Funeral Home, Hugoton on Wednesday, December 26, 2018 and Thursday, December 27, 2018 from 10 AM to 8 PM. Family will be receiving friends from 6 PM to 8 PM on Thursday.
To order memorial trees or send flowers to the family in memory of Lawrence Alvin Wallace, please visit our flower store.

Family will be receiving family and friends at Robson Funeral Home, Hugoton from 6 pm to 8 pm at Thursday

Family will be receiving family and friends at Robson Funeral Home, Hugoton from 6 pm to 8 pm at Thursday