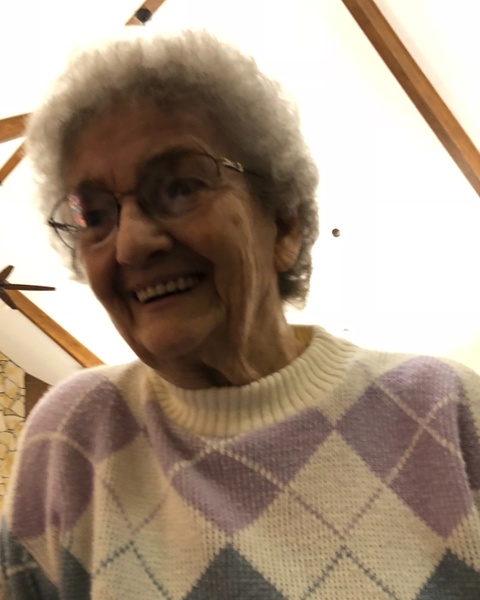 She worked at Morton County Treasure Office for over 30 years and enjoyed it until retirement.

Lois was a member of the First Baptist Church in Elkhart. She passed on her love for Jesus to the children at the Awana Children’s Church. Her hobbies included crocheting, bingo, painting, crafts, and sewing. Her love for gardening and growing various flowers was a passion of hers. Her other love and adornment were her grandchildren.

A memorial has been established for Shriners Children’s Hospital, in the care of Robson Funeral Home, P.O. Box 606, Elkhart, Kansas 67950.

The funeral service will be held Friday, October 14, 2022, at 2 p.m., at First Baptist Church, Elkhart with Pastor Ed Richards presiding.

To order memorial trees or send flowers to the family in memory of Lois Lenore (McClure) Hall, please visit our flower store.