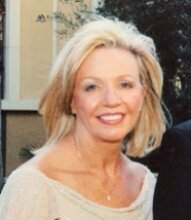 Lynn was born to Albert Nelson Wilder and Gwendolyn Hanson Ortner on August 17, 1950 in Lamar, CO.

Lynn Wilder and Ronald Foglia were married April 17, 1971. To this union were two children; Wade Joseph and Amber Michelle.

Lynn was an Administrative Assistant for a Real Estate Company in Las Vegas for many years. She then retired and moved to Hugoton to spend time with her sister Gail. Lynn enjoyed to dance and travel. She owned a cabin in Utah where she enjoyed skiing and time in the mountains. She dearly loved her three grandchildren; Rylee Lynn,17, Reagan Jo, 11, and Kendall Maryn, 8.

She was preceded in death by her parents and brother Melvin “Snuffy” Hudson.

If preferred, donations can be made to Gwendolyn Strong Foundation www.theGSF.org/Donate. This foundation was very near and dear to Lynn’s heart. Memorials may be mailed to Robson Funeral Home-P.O. Box 236- Hugoton, KS 67951.

Funeral service will be held at Assembly of God Church on Saturday, February 2, 2019 at 11 AM, burial to follow at Hugoton Cemetery, Hugoton, KS with Rev. Timothy Singer presiding.
Robson Funeral Home, Hugoton is in charge of arrangements.
To order memorial trees or send flowers to the family in memory of Lynn Adell Foglia (Wilder), please visit our flower store.