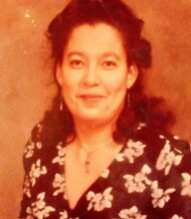 She was born April 26, 1951, in Stevens County, Kansas. The daughter of Severo and Grace Lopez.

Adele enjoyed camping and spending time with her family.

There will be no service at this time as cremation has taken place.

Robson Funeral Home, Hugoton is in charge of arrangements.
To order memorial trees or send flowers to the family in memory of Marie Adele Elliott (Lopez), please visit our flower store.