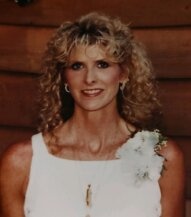 Marikate and Michael Bond were married on September 10, 1978. To this union were two children, Christopher (Kit) and Stephanie. They were later divorced.

Marikate was a member of the Rolla United Methodist Church, Rolla. Marikate loved to study her Bible. She grew up in Rolla and graduated from Rolla High School.

She was preceded in death by her parents.

Viewing will be held on Sunday, December 26, 2021, 2 PM to 6 PM at Robson Funeral Home, Hugoton, Kansas.
To order memorial trees or send flowers to the family in memory of Marikate Harvey (Light), please visit our flower store.