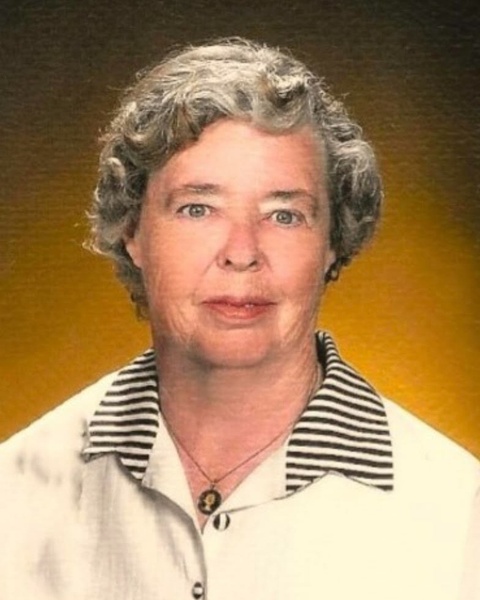 Mary Ann White, 90, passed away on Wednesday, September 7, 2022, at Wellspring Care Home
in Westmoreland.  She was the loving wife of Ralph D White and mother to her four children;
Randy, Kara, Gary, and Brian.

Mary Ann was born on May 4, 1932 (She would often mention she had an easy birthdate to
remember: 5-4-3-2) to Merle Revere and Lillian May (Viar) Henre in Kansas City, KS. She
received her degree in Education and Home Economics from Kansas State University in 1954.
On December 4, 1955, Mary Ann married Ralph Duane White. Together they resided in;
Moscow, KS, Angel Fire, NM, Wamego, KS, and Westmoreland, KS.

Mary Ann had a passion for service to God, her family, and her community. After recovering
from the culture shock of the city to country, Mary Ann became the quintessential farmer’s wife
embracing and loving life in a farming community.  She taught first grade for a few years before
starting a family (four children in five years). Mary Ann served in various aspects of her church
(choir, Methodist Women’s groups, bazaar, Sunday School); her community (4-H, County Fair,
teaching piano, Senior Center); and the school district (substitute teacher, fundraising,
attended her children’s many school events and activities.)

Mary Ann was an avid seamstress and delighted in craft making. Mary Ann’s flair for hospitality
was apparent in her ability to prepare and serve a well-balanced home-cooked meal, regardless
of location. Mary Ann and Ralph enjoyed traveling.  Trips included camping and visits with
family and friends, touring every state in the USA, and many destinations around the world.
Mary Ann and Ralph were members of Kansas Flying Farmers establishing life-long friendships
as they flew to “fly-ins” and attended conventions. Mary Ann was known for her love of babies
and dogs, her willingness to help, and her strong faith, kindness, and compassion.  A long life well lived.
Mary Ann is survived by her husband Ralph, her four children, and their spouses, Randy, Kara
(Augustine), Gary (Shalah), and Brian (Tina), her grandchildren; Travis, Becky, Kerensa, Jesse,
Josie May, Henry, Elliot, Robert, Blake, Emily, and Maggie and 12 Great-grandchildren.
Survivors also include her brother-in-law Ford White and sister-in-law Barbara Henry and many
nieces and nephews.

Mary Ann was preceded in death by her parents, Merle and Lillian, and a sister Martha Jane Morgan
and a brother James Merle Henre.

A funeral service will be held on Friday, September 23, 2022, at 10:30 A.M. at the United Methodist Church in
Moscow, KS followed by a burial at Moscow Cemetery. The family will receive friends from 10 A.M. to 10:30 A.M. before the funeral service.

A memorial service will be held on Saturday, September 24, 2022, at 10:30 A.M. at Campanella-Stewart Funeral Home in Wamego, KS. The family will receive friends from 10 A.M. to 10:30 A.M. before the memorial service.
Memorials are suggested to Wamego United Methodist Church, Wellspring Care Home,
Moscow United Methodist Church or the organization of the donor’s choice. In the care of Robson Funeral Home, P.O. Box 236, Hugoton, Kansas 67951.

To order memorial trees or send flowers to the family in memory of Mary Ann (Henre) White, please visit our flower store.