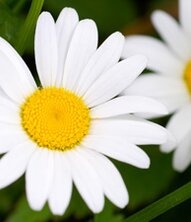 DATELINE-LAKIN,KS
MEREDITH ANN MASON
Meredith Ann Mason, 70, died on Friday evening, January 29, 2016 at her residence.
The daughter of Harry & Grace (Chilton ) Gross, she was born on April 30, 1945 at Cheyenne Wells, CO.
The family moved to Holcomb, Kansas in 1953 where she attended school, until moving to Deerfield, Kansas in 1960. She graduated from Deerfield High School in 1963.
She married Garry Adams in 1963. Three sons were born to this union. They survive along with their wives, Kyle & Wendy Adams, Virginia Beach, Va., Kent & Carrie Adams, Fort Worth, Tx., Kray & Jenney Adams, Lakin, Ks.
In 1984 she married Johnny Mason in Lakin, Ks. He survives along with 2 stepdaughters, Tonja & Lance Bernbeck, Garden City, Ks., Traci Lee, Goddard, Ks. She is also survived by 14 grandchildren and 1 great grandson and a sister Kathy Leavitt Wirth, Garden City, Ks.
Ann worked in direct sales, selling jewelry and Avon. In 2008 she retired from USD 215 after 23 years with the school district.
Ann enjoyed her family and enjoyed making wood projects out of old wood. She was a member of the Lakin United Methodist Church and was active in church.
She was preceded in death by her parents, brother, Steve Gross and a step son, Shane Mason.
In lieu of flowers the family requests memorials to the Lakin United Methodist Church building fund or the ALS Association. Memorials may be mailed to Paul’s –Robson Funeral Home-218 S. Main St. Ulysses, KS. 67880.
Funeral Services will be held on Wednesday, February 3, 2016, 2PM at the United Methodist Church, Lakin, KS and burial will be at the Deerfield Cemetery, Deerfield, KS with Rev. Tod Anthony presiding.
Friends may stop by the church on Wednesday 10AM until service time to sign the register.
Paul’s-Robson Funeral Home, Ulysses is in charge of arrangements.

To order memorial trees or send flowers to the family in memory of Meredith Mason, please visit our flower store.