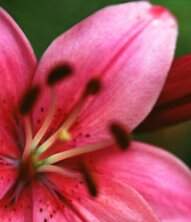 DATELINE-HUGOTON, KS
Muriel Phyllis Wilson was born October 16, 1929, at Dodge City, Kansas, to Dessie Marie (Hogan) Wilson and Fred Vincent Wilson. She passed away at age 88 on Sunday, November 5, 2017 at Wichita, Kansas.
Muriel’s early years were spent in Alva, Oklahoma, where her family lived when her father worked for the Caterpillar Tractor Company. Later, she spent time on her parents’ farm near old historic town site of Woodsdale, Kansas. Muriel graduated from Alva High School in Alva, Oklahoma, and attended Northwestern Oklahoma State University in Alva, receiving her Bachelor of Science in 1951. In 1956, Muriel finished a Master of Science from Kansas State Teachers College of Emporia, Kansas.
Muriel taught as an elementary school teacher at Dodge City Sunnyside School, Dodge City, Kansas, and was a second grade teacher at the Ulysses Public Schools, Ulysses, Kansas. She later worked for the Stevens County Courthouse in Hugoton, Kansas as a clerk. Following the death of her father, Muriel, along with her sister, Vesta, and her mother, Dessie, continued the family farm operation.
Muriel joined the Trinity Baptist Church, was baptized upon confession of faith, and was extremely loyal to the way of the gospel.
She is survived by her sisters, Vesta Wilson, Wichita, KS., Garnet MacKay, Andover, KS., nephews, Mark MacKay of Georgia and Brent MacKay and wife, Sherry Lynne Dodson, and their daughters, Caitlin and Madison of Moore, Oklahoma, and other relatives and friends.
She preceded in death by her parents, Fred and Dessie Wilson, a sister, Leola Marilyn Wilson; and brother-in-law, Charles MacKay.
A memorial has been established for Shriners Hospital for Children . Memorials may be mailed to Paul’s-Robson Funeral Home- PO Box 236-Hugoton, KS 67951.
Graveside Services will be held on Friday, November 10, 2017 at Hugoton Cemetery, Hugoton, KS at 11:30 AM with Pastor Larry Bradford.
Friends may call Thursday 10AM to 8PM at the funeral home.
Paul’s-Robson Funeral Home, Hugoton is in charge of arrangements.

To order memorial trees or send flowers to the family in memory of Muriel Wilson, please visit our flower store.