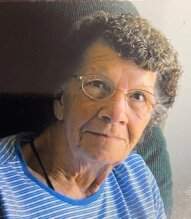 Nora Irene (Bozone) Wright Anderson came into this world December 8, 1924 and left us July 22, 2020. She was born to Willard Samuel and Minnie Lee (Buxton) Bozone in Florence, Kansas. She was next to the youngest in a family of eight brothers and one sister. She graduated from Florence high School in 1943. After graduation she and some other family members went to Hanford, Washington to work at nuclear bomb plant to help make ends meet during the War. She worked in the mess hall.

Graveside services will be held on Saturday, August 1, 2020, 10 AM at Hugoton Cemetery, Hugoton, Kansas.

To order memorial trees or send flowers to the family in memory of Nora Irene Anderson (Bozone), please visit our flower store.