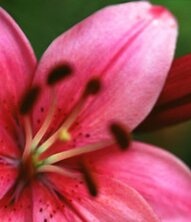 Paula J. Fox, 80, passed away on January 20, 2017 at Satanta District Hospital, Satanta, KS.
She was the daughter of Paul & Zoeme (Morrell) Chaffin she was born on September 08, 1936 at Liberal, KS. She was lifetime resident of Stevens County, KS.
She and Robert C. “Bob” Fox were married on September 24, 1955 at United Methodist Church, Hugoton, KS.
They celebrated 61 years of marriage last September.
Paula and Bob spent a lifetime farming in Stevens County, Kansas. Several years later, Paula became a mom to Lisa and Eric.
She was a member of United Methodist Church of Moscow, lifetime member of Easter Star of Ulysses, and Rainbow Girls.
Paula had a servant heart full of compassion for family and friends. She was never afraid to work hard and her courage and resolve was amazingly obvious in the last year of her life.
Roses were her favorite flower which is obvious each spring through fall as she worked in her rose gardens as often as possible. A “Snickers” candy bar and a cup of coffee were favorites as well. Paula was a wonderful baker of pies and cakes and enjoyed taking care of her family in every way.
For many years, Del Rio, Texas became Paula and Bob’s winter home. Many great friends and memories
Survivors includes husband, Robert C. “Bob” Fox, Moscow, Ks., son, Eric Fox & wife Gina, Rockwall, Tx.; daughter, Lisa Wilson & husband Randy, Coby, Ks.; sister, Georgeanna Keesling & husband George, Hutchinson, Ks.; four grandchildren, Cassie Cole, Max Fox, Christian Wilson, Gabby Wilson and great grandson, Emmett Cole and other relatives and friends.
She was preceded in death by her parents and Uncle Grant Morrell.
A memorial has been established for United Methodist Church, Moscow and Santa Fe Trail Boy Scouts. Memorials may be mailed to Paul’s-Robson Funeral Home-PO Box 236-Hugoton, KS 67951.
Funeral services will be held on Wednesday, January 25, 2017 at 2PM at United Methodist Church, Moscow, KS and burial at Moscow Cemetery, Moscow, KS.
Friends may sign the register on Monday 10AM to 6PM and Tuesday 10AM to 8PM at the funeral home.

To order memorial trees or send flowers to the family in memory of Paula Fox, please visit our flower store.