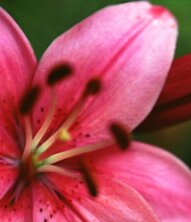 Diagnosed with cancer 2 1/2 years ago, Phyllis Gray never gave up. She never complained, maintaining a brave and cheerful outlook of an optimistic future – even through countless radiation and chemotherapy treatments, hospitalizations, and pain. She continued to be involved in the lives of her children and grandchildren. During this time, she continued to support and encourage family, friends, and the community. She was an inspiration for many.

Phyllis, the daughter of Ada and Herman Hicks, was born October 6, 1933 on the family farm in Stevens County. The family moved to Satanta in 1942, where she attended Satanta High School. She graduated in 1951. Phyllis was one of the first women to graduate from the Graduate School of Banking at the University of Wisconsin in Madison, WI.

Phyllis worked at the State Bank of Satanta from 1960 to 1994, ending her career as the Executive Vice-President and member of the board of directors. She was appointed by the governor of Kansas to represent Kansas banks on the advisory board of Kansas Grain Commission. Phyllis also served on the Kansas Bankers Association advisory board and was a member of Business and Professional Women and the National Association of Bank Women. She was very proud to earn her 60 year pin with the Order of the Eastern Star in 2015.

Phyllis was active in the community, serving as secretary of Satanta Chamber of Commerce, board member of Satanta Arts Council, and board member of the Dudley Township Library. She also served on the original board that organized the Satanta Ambulance Service. Working with her life-long friend Thelma Cullison, she organized the Satanta High School Alumni Scholarship fund. She was a dedicated member of the United Methodist Church.

Phyllis loved spending time with her two grandchildren, Katie and Kevin. Along with Debra, Marie, and Thelma, she enjoyed annual trips to Myrtle Beach, SC. She was an avid reader of newspapers, mysteries, and beach books. She loved elephants and collected elephant figurines and other memorabilia. During the winter, Phyllis enjoyed watching the University of Kansas men’s basketball team win the Big 12.

She was preceded in death by her parents Herman & Ada Hicks; three brothers, Lewis, Arland, and Ralph Hicks; and sister Doris Hofsas.

In lieu of flowers a memorial has been established for the Satanta High School Alumni Scholarship. Memorials may be mailed to Paul’s-Robson Funeral Home- P.O. Box 747, Satanta, KS 67870.

Funeral service will be held on Monday, July 11, 2016 at 11 AM at United Methodist Church, Satanta, Kansas with Rev. Gary Davison presiding and burial will be held at Dudley Township Cemetery, Satanta.

There will be no visitation.

To order memorial trees or send flowers to the family in memory of PHYLLIS GRAY, please visit our flower store.