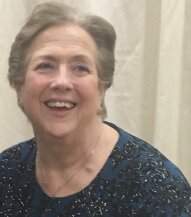 She and David L Madsen were married on March 6, 1982, in the Seattle Temple of The Church of Jesus Christ of Latter-Day Saints. Their love flourished for one another, and they enjoyed each other’s presence.

The thing she loved most in life was being a mother to her two children, Katie, and AJ. They were her life as she was theirs along with their father, David. The family was everything to her. She enjoyed them and spent all the time she could with them and enjoyed rocking and holding babies and snuggling with her fur-babies.

She would be best described as caring and compassionate. She was those words and more to her family and her peers. Becky was also known for her delicious baking of cakes and other desserts. She made several cakes for various things around Hugoton and surrounding communities.

She was a faithful member of The Church of Jesus Christ of Latter-Day Saints in Hugoton. Becky enjoyed being active in the church and being with her church family.

She was preceded in death by her parents, and her brother, Vernon.

A memorial has been established for Pheasant Heaven Charities, in the care of Robson Funeral Home, P.O. Box 236, Hugoton, Kansas 67951.

A funeral service will be held Saturday, February 26, 2022, at 10 AM, The Church of Jesus Christ of Latter-Day Saints, Hugoton with President Craig Poulsen. Burial to follow at Hugoton Cemetery.