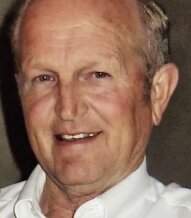 He was a farmer, mechanic, car salesman and a jack of many other trades.
He enjoyed tinkering with cars, hot rods, and motorcycles.

He was preceded in death by his parents and daughter, Danielle (Daisy) Fox.

Graveside services will be held on Saturday November 7, 2020 at 10 A.M. at the Plains Cemetery in Plains, Kansas with Pastor Pam Peachey officiating. Visitation will be Friday, November 6, 2020 from 5 P.M. to 7 P.M. at the My Father’s House in Hugoton.

The family would like to extend special thanks to the wonderful staff at Regional Hospice.

In lieu of flowers, donations are suggested to My Father's House Church, P.O. Box 363, Hugoton, Kansas 67951.
To order memorial trees or send flowers to the family in memory of Robert Lewis "Sonny" Fox, please visit our flower store.