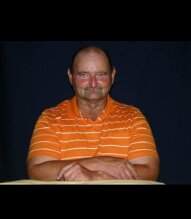 He was born to Robert Lee Madden and Jeanne Harrington on November 13, 1958 in Medford, Oregon. Robert was adopted by Louis Lee and Ruth Anna (Mann) Prine.

Robert was raised in Hugoton and then later moved to Liberal. Robert loved his time at Mosaic in Liberal, it was his home and his family. He enjoyed fishing and electronics. Robert was always willing to help the maintenance man at his work. He loved to walk around town; enjoyed seeing people and visiting car shows.
He was avid fan of Kansas City Chiefs and Kanas City Royals.

In lieu of flowers memorial has been established for Mosaic in Liberal. Memorials may be mailed to Robson Funeral Home, P.O. Box 236, Hugoton, Kansas 67951.

Friends can sign the book on Tuesday, August 4, 2020 11 AM to 5 PM at Robson Funeral Home, Hugoton.
To order memorial trees or send flowers to the family in memory of Robert Lee Prine, please visit our flower store.