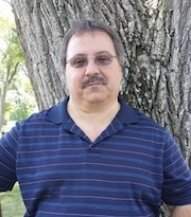 Bob was a graduate of Satanta High School, Satanta, KS. He was employed by AgTrax, Hutchinson, since 1996 as a computer programmer. Bob was an avid bowler and member of the United States Bowling Congress. He enjoyed reading, especially Western novels and books.

Bob was preceded in death by: his parents; wife; and brothers, William ‘Bill’ Small and Thomas King.

Memorial graveside service will be held on Saturday, July 9, 2022, at 10 A.M. at the Dudley Township Cemetery, Satanta, KS.
To order memorial trees or send flowers to the family in memory of Robert James " Bob" Small, please visit our flower store.