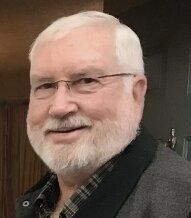 Robert Frank Thomas was born on September 2, 1948, in Liberal, Kansas. He was the son of Frank and LaVern Thomas. Robert or “Bobby” as he was known by his family and friends attended Bethel Country school and later graduated from Hugoton High School in 1966. After attending Friends University, he came back to join the family farm in 1968. Over the years Robert was recognized for top yields by the National Grain Sorghum Producers. In 1982, Robert attended auctioneering school in Mason City, Iowa, and later obtained his real estate license. Robert retired from farming in 2008, but retirement didn’t suit him, and he began working as a compliance crop claims representative for Great American Insurance Company.
In 1975, Robert married Marigail Greenwood in the meadows surrounding her family’s cabin in Cuchara, Colorado. Together they raised a blended family of four children: Elise, Pattie, Marc, and Amanda. Robert was a member of the Hugoton United Methodists Church where he taught confirmation classes from 1982 – 1984.

Robert taught all of his children and grandchildren how to drive a car, fish, and hunt for arrowheads. He spent many weekends courtside at his grandchildren’s basketball games He also loved watching football and basketball on television. He believed that KU football was finally going to come around to winning. Robert recently accompanied his granddaughter to the National AAU Gymnastic Championships in Savannah, Georgia. His favorite activity was camping and target shooting at the NRA Whittington Center in Raton, New Mexico where he enjoyed campfire breakfasts and a lively competition over who was the sharpest shooter between his son, son-in-law, nephew, and grandson where they perfected marksmanship and earned “The White Buffalo” award.

He was preceded by his father Frank Thomas, grandson, Gabriel Vaughan.

A memorial has been established for NRA Whittington Center. In the care of Robson Funeral Home, P.O. Box 236, Hugoton, Kansas 67951.

Robson Funeral Home, Hugoton is in charge of arrangements.
To order memorial trees or send flowers to the family in memory of Robert Frank Thomas, please visit our flower store.