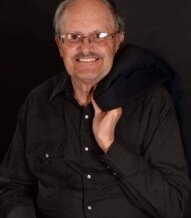 Roderick Eugene Ewing, 71, passed away Thursday, April 21, 2022, at his home with his family surrounded him, in Satanta, Kansas.

The son of Leonard Eugene and Margie June (Allison) Ewing. He was born on February 28, 1951, in Lamar, Colorado.

Rod and Cindy Kay Leonard were married on June 18, 1981. She and their daughter, Allison Marie Ewing preceded him in death on October 6, 1997.

And he later married Eda Louise Killfoil on August 8, 1998, in Satanta, Kansas. They recently celebrated 24 years of marriage.

Rod was a member of the Satanta Baptist Church. He was a volunteered fireman for 25 years with the Satanta Volunteer Fire Department.

Rod loved his family and enjoyed going to see his grandchildren.

He was preceded in death by his parents; infant son, Jason Ewing.

A memorial has been established for the Satanta Baptist Church and Satanta Volunteered Fire Department. In the care of Robson Funeral Home, P.O. Box 747, Satanta, Kansas 67870.

Robson Funeral Home, Satanta is overseeing the arrangements.
To order memorial trees or send flowers to the family in memory of Roderick Eugene Ewing, please visit our flower store.

The family will receive family and friends at Robson Funeral Home on Wednesday from 5 PM to 7 PM.

The family will receive family and friends at Robson Funeral Home on Wednesday from 5 PM to 7 PM.