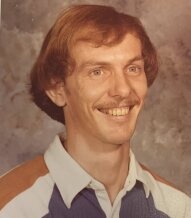 Ron attended school in Towanda and Virgil until his family moved to Concordia in 1960 where he graduated in 1967. He received his degree in secondary education from Kansas State University in 1971.

On January 24, 1981, Ron married the love of his life Julie Wohler. He had many hobbies and talents including tennis, reading, photography, hunting, painting, watching college basketball, traveling to Utah with his wife, Julie, and even learning to crochet after retiring.

After graduation Ron taught Jr. High at Osawatomie. He also taught at Clifton/Clyde. He took a break from teaching and was an IT specialist with Northern Natural Gas/Enron. He later returned to teaching in 2011 at Satanta Jr. and Sr. High School until his retirement in 2017. He and wife, Julie lived in Satanta for 31 years.

Ron was preceded in death by his parents, Bill and Laura Smith.

A memorial has been established for Hospice of St. Catherine Hospital. Memorials may be mailed to Robson Funeral Home, P.O. Box 747, Satanta, Kansas 67870.

Due to CDC and Kansas Health Department recommendations a private family graveside will be held at Reece Cemetery, Reece, Kansas. The service will be Facebook Live on Robson Funeral Home’s Facebook Page.

Robson Funeral Home, Satanta is in charge of arrangements.
To order memorial trees or send flowers to the family in memory of Ronald Ray Smith, please visit our flower store.

Come and Go- 10 AM- 4PM at Robson Funeral Home, Satanta